TV star Diane Morgan has given start-up pet brand Karnlea her seal of approval after the Belfast company gifted her a case of its nutritious Bone Broth for her rescue dog Bobby.

The toy poodle – stage name, Robert Bovril Morgan – loved the beefy supplement which is made from 100 per cent natural products and has high levels of protein, collagen and minerals.

Karnlea’s owners, husband and wife team Lara and Ken McCullough were thrilled when they heard back from the comedy actress who features in TV favourites After Life, Motherland and Mandy.

She told them that the product was just what she had been looking for:

“Bobby is ten now so I’m always looking for something to keep his joints supple, and he LOVES this!!!,” she told them in a thank you note, accompanied by photos of her with Bobby.

The couple contacted Diane after seeing an interview with her in Your Dog Magazine in which she talked about adopting Bobby through the Blue Cross charity and how she loves sharing her life with him.

Said Lara: “We were delighted when we saw the article as we have been big fans of Diane’s since she first appeared as Philomena Cunk on Charlie Brooker’s Weekly Wipe. We approached her to ask if she would like a case sent for Bobby and she replied to say it was just what she was looking for.”

“It was lovely that she took the time to thank us in this way. We are so pleased that Bobby enjoyed Karnlea Beef Bone Broth. It’s so good for joints and bone health, and easy to digest, so ideal for older dogs.”

Karnlea recently launched the UK’s first ‘ambient’ liquid bone broth and a new flavour variant is planned for later this year. Although the brand is new, Lara and Ken are not newcomers to the pet industry having previously run other successful pet businesses over the past 15 years.

Karnlea Beef Bone Broth is sold through independent retailers and its website: www.karnlea.com 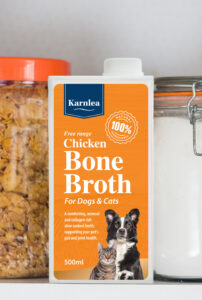 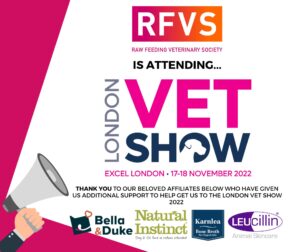 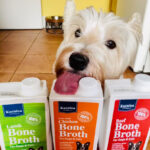 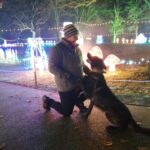 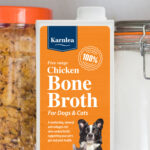 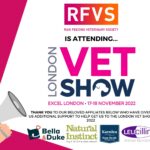